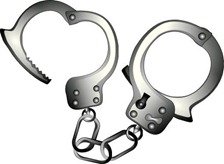 I doubt anyone reading this blog (Hi Mom!) is unaware of what’s been going on with Hank Lee’s Magic Factory:

Harry P. Levy, the owner of Hank Lee’s Magic Factory, admitted he made 134 false transactions between 2009 to 2011 on a customer’s American Express card totaling $561,927, according to a stipulation of facts signed by Levy and prosecutors. The document was filed in Federal Court in Boston Friday.

Certainly the obligatory pundits on the Café and Genii have beat this to death. Just reading through the threads shows a lot about this hobby. I would assume that there has been plenty of “editing” and deletions on the Café. Kaufman, to his credit, is much slower with the delete key and he certainly has as high a percentage of maroons and ass holes as Brooks.

The business practices of Hank Lee’s Magic Factory have been sketchy for a number of years. Many years, in fact, before George F. Bush’s recession and the Internet decimated the local magic shops. Thread after thread has been deleted by the folks running the Café – supposedly for legal reasons. I wonder if there was money lost by people that might not have been if they had been warned. We’ll never know.

I have a credit voucher somewhere that I FINALLY received after failing to get “in stock” merchandise I ordered. Not an unusual story. I generally feel sorry when a small business closes, but not this time. I’m sure there are employees that are being unjustly punished, but also those that knew customers were being gored. To those with clean hands, I hope you recover quickly.

PS Feel free to make your own conclave jokes. That fruit hangs a little low for i/m!