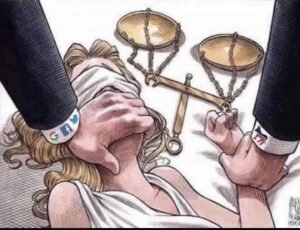 They must be stopped. Our Republic will fall if they are not. This is not a test.This is reality. 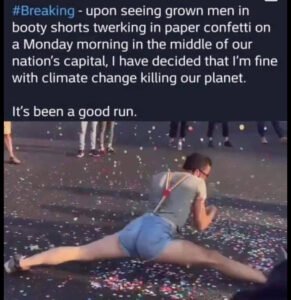 I know many of you have been waiting for I/m’s thoughts on earth day. Well, the wait is over and we are pleased as punch to be the first to release it.

My friend Scot over at Scot’s Magical Mystery Tour takes a break to recall Ronald Reagan on the 4th anniversary of his death. I invite you to read it. With optimism such a rare emotion these days, I trust Scot won’t mind be posting his quote from President Reagan: And whatever else history may say …

I apologize for taking space on a magic blog for this commentary, but it relates to what, I believe, is the major problem facing our country – corporate corruption. Every issue we have either pales in comparison or is caused by it.

As a former corporate animal, I saw it coming – the bad guys were taking over and accountability and fairness went totally out the window. Don’t for a minute think that lame attempts by our government, such as Sarbanes – Oxley, to legislate honesty has a prayer – it only creates paperwork and the appearance of honesty which the bad guys use as cover while they steal this country blind.

This whole subprime mess is no surprise. These guys stole billions and are leaving us with the rancid residue. They knew it was coming, but taking care of me me me was their only goal. Oh and you think they are being punished – the head of Merrill Lynch, which lost 5 billion or so, was given 340 million dollars to leave.

My mother passed away last week and even though it was expected it sure hurts. She was a strong woman – going out on her own terms. She decided to discontinue the transfusions that were keeping her alive and let nature take its course. It was the right decision. The end came quickly – too quick for …