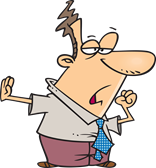 As often happens, Ye Olde Magick Blogge got me thinking this morning. In the last paragraph Andrew talks about the time he spends on each trick or routine. He says that to fill the allotted time he needs each trick to run about 6 minutes, but he finds 3 to 4 minutes more comfortable. I have to agree, even though he certainly doesn’t need my approval.

In a recent issue of one of the magic magazines there was a picture of some old goat and the story talked about how he could ring out 20 minutes of solid entertainment from a single lame trick. Whoopee do. I’ll guarantee you that it wasn’t magic entertainment, even if it was entertainment at all. How often have all of us sat and watched one of these entertaining routines, filled with lame jokes and humorous insults drag on and on and on and on.

Offhand, I can’t think of a single long routine (and by that I mean 6 minutes or more) which was magically entertainment. Even people like David Williamson, probably my favorite magician, quits becoming a magician and becomes the foole. He does this better than anyone, but it’s not magic. (Note – I don’t consider illusionists magicians – they are dancers – pure and simple)

If you need to fill time and haven’t got enough material do something between the tricks. Dance, tell jokes, do imitations or strip if you have to. Just don’t add unnecessary crap to stretch out a magic trick.

I suppose that I could be accused, again, of thinking like a magician. Believe me, today’s audiences are much more aware than the drooling idiots we frequently think our audiences are.