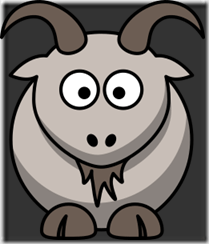 Sometimes the well gets damn dry. I feel bad not posting more often and I refuse to use the old life happens. Of course it happens, but you knew that when you started a blog, so it’s a lousy excuse.

I’ve been writing this blog off and on for many years. I haven’t checked, but it’s genesis is probably as old as any that are still around. It used to be easier. There were more things to get worked up about and frankly, people just cared more. Today the Magic Café doesn’t even get enough idiot traffic to be worthwhile. Sure, those that are there are not missing any MENSA meetings, but they are mostly harmless and dull.

A lot of the new stuff comes in the form of video downloads and most of them are cheap and uninspired. What’s happened to all of those life-changing tricks that we waited months for, paid for on a prepublication basis and then were delivered crap – if we got anything at all. That’s gone. Even the long promised Martin Gardner book was finally delivered.

I should explain the title here. The title was originally I/M’s Got Bupkis. Once I wrote that I realized I really didn’t know, exactly, what the word bupkis actually meant. I did a little research and came up with the following:

Often translated as meaning small round fecal pellets, referring to the shape of goat droppings. A colorful usage, though a more emphatic expression (in Yiddish more so than in English) is “bupkis mit kaduchas” (??????? ??? ????) (bobkes mit kadokhes), translating roughly to “shivering shit balls”.

New post: Any Qustion….. https://intenselymagic.com/2021/07/11/any-qustion/ Why Murphy chose this picture