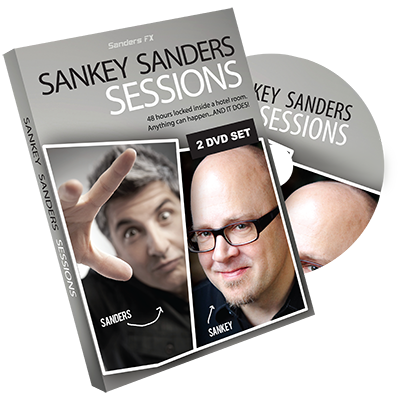 I was recently looking at Wayne Houchen’s Sinful, which was his attempt to milk the popularity of his terrific Quarter In Soda Can. (Actually, there’s some presentational ideas on that disk which may make it worth your money). In his interview with Paul Harris he talks about the time, in his late teens, when his creativity was at its peak. He hasn’t had that kind of inspiration since then and probably never will. The same can be said of Sankey and Sanders. Look at any creative magician and you’ll see a diminution in the quality of their output as they get older.If it’s not clear yet – save your money. Buy one of Richard Kaufman’s latest reprints. That will be far better use of your money in my opinion.

One other thing that I nearly forgot. There is approximately 2 1/2 hours of material on these two DVDs. I would really hate to see what was left on the cutting room floor, but at least fill them up fellers. This is actually shameful.