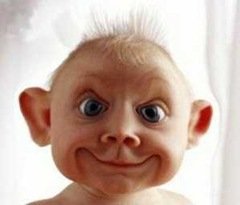 The ESPN morning radio host is Colin Cowherd. Colin’s an opinionated blowhard and Colin Cowherd’s biggest fan. He, like Rush Limbaugh, speaks with an infectious energy that’s hard to ignore.

Anyway, last week he was talking about attending a social function of some sort and the hosts had hired a magician –  dare I say a profession magician – to perform. Colin’s recollection of the performance was:

It doesn’t really matter whether his assessment was correct or not. It appears that we are saddled with a public perception that is damn difficult to remove. The really sad thing is the vast majority of magicians, especially hobbyists and amateurs, are genuinely nice people just trying to have a little fun and spread a little happiness.

A friend of mine recently attended a local magic contest, put on by one of the better clubs. There were 10 participants and, as usual, the club made an effort to have lay-type people there so the contestants could work to non-magicians. So, they had women, children, men etc. in the audience.

One act began with the classic sponge balls from mouth – actually performing the critical pass very well. He then proceeds to end the routine by producing a Goshman Ding Dong from his mouth. Now remember there are small children here – what the Hell was he thinking. Even if he was performing in the Red Wings locker room this would be inappropriate. Who wants to see a routine ending with a soggy sponge Johnson?

To compound the crime he said it was a canon, because the rest of his act was a big bang or something lame like that.

Do you think any of those layman recalled the other nine acts?

New post: Any Qustion….. https://intenselymagic.com/2021/07/11/any-qustion/ Why Murphy chose this picture